In Less Than 2 Minutes of Training?

Self Defense Instructors: If a beginning student were about to face a knife wielding assailant, can’t run away, and you only have 2 minutes to teach her a self defense skill set, what would you do?

Criminals can avail themselves of knives or create edged weapons inexpensively, without the need for a background check or permit.  Knives are easy to conceal and carry.

Most interviewed victims of knife attacks didn’t even know a knife was involved in the fight until after the fact.

Recently during a COBRA Academy 10 second knife survival scenario, a female student experienced the reality of such an attack with professional instructors using  training props  in a safe environment.

She was given the time, place, and method of attack, a luxury not afforded by criminals, and still found it impossible to defend empty handed against the knife attack.  She quit the scenario in 5 seconds after her 2nd unsuccessful attempt.

In COBRA Self Defense Training we teach students a survival tenant:  as long as you’re conscious and breathing, you’re fighting. Skill set is no substitute for a strong will to survive.   You will need solid  empty hand skills  regardless, but especially if you don’t have a self-defense tool that can serve as an “instant equalizer” in an assault.

Enter the Cane:  Couldn’t pass up the opportunity to demonstrate the self-defense potential of the Cane and how training saves lives.  Here’s what I did with this temporarily discouraged student.

Gave her a padded Cane Drone, pulled her to the side and coached her for exactly 1: 45 minute(s) on the strategy to use against the same apparently insurmountable attack she had just faced. This time Cane in hand.

The video below shows the result. Attacker had no choice but to retreat. Click the image to watch the video.

Instant empowerment for our student and perhaps a different perspective on what she formerly viewed as a “crutch” or geriatric medical device.

Moral of the Story: Empty hand self-defense skills are a must. The will to survive is vital, NEVER give up.  Improvisational self defense tools like the Cane, can create life -saving leverage under duress. Training saves lives.

Joe Robaina’s  American Cane Self Defense system was primarily designed to defend  against knife attacks. Today it has an international following  with the Cane  presented as a  medical device that can save your life in a variety of self-defense scenarios. A practical tool of empowerment.

Professional Cane Self Defense Training is offered for  instructors and civilians  via live training s or online. To learn more please visit : www.americancaneselfdefense.com, www.caneselfdefenseuniversity.com, Or CALL: 800-289-8188

About American Cane Self Defense

American Cane Self Defense is tactical self defense SYSTEM that includes the use of the cane as well as empty hand translations. While other tools such as knives and chucks are regulated and controlled the cane is a medical device you can take anywhere you go and as a tactical self defense it's practical and effective.

DO THIS FIRST, WHILE IT'S STILL AVAILABLE! 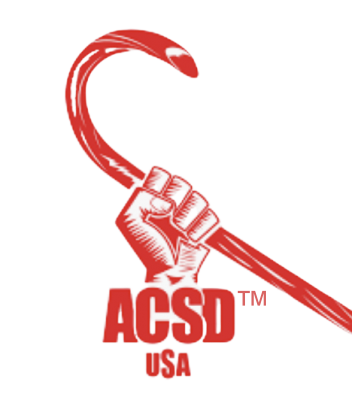 Are you new to the American Cane Self Defense Culture? Don't know where to start? Maybe you're an experienced Caner but you don't have the step by step system so you know exactly what to do every time you pick up the Cane so you don't waste time and money on mission-less Cane Training?  Schedule your 30 min No Cost Cane Clarity call with American Cane Self Defense Founder Joe Robaina  and get CLEAR on the Path and Structure to Mastering the Cane from the Safety and Comfort of Home in months instead of years!

You Will Know Exactly:

Please fill out the form and Our Staff Will Contact You in less than 24 hours!

Thank you for your interest in AmericanCane Self Defense-Our Staff will contact you shortly!

A user with this email address has already subscribed